A script pack containing the necessary scripts to create an RPG, supplemented by examples of interactions between scripts and source materials.

The built-in system of variables allows you to change the text of the dialogue at runtime, as well as hide and display the player's responses, depending on the value of the variable.

The system of conditions and actions of the dialog script can interact with other scripts when defining interaction functions.

The script includes ready-made functions for interacting with the Advanced inventory system, such as:

With the Skill tree:

And also for interacting with the Simple task list:


Advanced inventory system
The Advanced inventory system is a scripting system that allows you to
use an inventory in your projects, with unlimited customizable items,
storing items between levels and controlled with the mouse.The system
allows you to create and use items of 4 different types: weapons, items,
the use of which will apply an effect to the player when used, items that
cannot be used and notes.
The inventory has an easily customizable appearance, you can change
all images, colors and inscriptions by changing only a few lines in the
script settings. To integrate the inventory to your level, you only need to
add the entity to the level and install a script on it. You can easily create
items using the Item Creator, or manually (Program Item Creator is not part
of this product and is not required for its performance).
The system allows you to easily create add-ons without changing the source
code of the script.

This system combines the ease of integration of
a Simple inventory system and the advanced functionality of
Inventory System Pro.


Skill tree
Skill tree script allows you to create a tree with three independent branches of custom skills.
Skills can be active and passive, as well as have consistent access or be available for learning at all times. Skills are learned for skill points, you can add the issue of skill points to your script, or use the script of the skill point as a collectable item included in this product.
The skill tree can save progress between levels, as well as work with the standard GameGuru save system.
This product also includes 15 ready-made skills.
The script interface has high visual customization. You can easily change all used colors and images in the script settings.


Simple task list
A simple task list script allows you to create simple tasks, display them, and, using statuses, track their progress. The script has two sublists: "In progress" and "Completed". Tasks are assigned to sublists depending on their status. You can change the assignment of sublists by changing the list of statuses belonging to them. This can be done in the script settings.

Each status is assigned a color that will display tasks with this status.

All used colors and images can be easily changed in the script settings.
The script also has the ability to display a notification about the change in the status of the task.

The seller has indicated the following engine support for some or all of the products in this pack, check individual products for complete support. 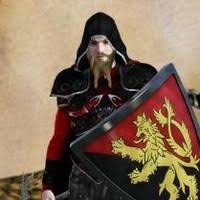