Get for $10.99
Add to wishlist Add to Basket
This is a collection of assets

THIS IS FOR PEOPLE WHO WANT THEIR AI IN THEIR GAME TO TRULY STAND OUT. This has all of the latest improvements and upgrades with unique features and effects.

THIS HAS THE LATEST STANDARD GAMEGURU AI ENHANCEMENTS ADDED.

As some of you know, the AI isn't amazing in GG.

Some of you also may know that I have heavily modified the existing AI to be MUCH more dynamic and realistic... and better, if I do say so myself.

My version of the AI gives all of the standard AI scripts (ai_soldier, ai_zombiewalk, ai_fastzombie, etc):

-General Improvements
-Sprinting
-Crouching
-Better Cover Usage
-Evasion (Dodging, side stepping, rolling)
-Better and CONSTANT pathfinding (so they don't get stuck and just stop)
-Self unstuck system (they will continuously try to get themselves unstuck)
-A sound effect to play whenever they are shot/hit in the head (a nice splat) - (the sound IS included)
-AI reloading system so they actually have ammo counts in their weapons and need to reload periodically
-Improvements to the hit detection system
-Bullet crack, wiz, flyby sound effects
-Bullet hit sound effects (Included)
-Melee hit sound effects (Included)
-Melee miss sound effects (Included)
-Personal "bubbles" - to avoid the player and AI getting stuck inside each other due to physics malfunctions
-Removal of snap-shooting (they now react in an appropriate, realistic time)
-A basic stealth system - Hearing is improved, alert system for combat (so the AI doesn't just stop reacting like nothing ever happened), a small radius around them (about 3 feet/1 meter) where they will instantly know where the player is (but beyond that, you can sneak up to them and melee them, enemies can alert other enemies nearby)
-Flashlight detection for AI so they can be alerted if your flashlight is on and within distance to them
-Movement detection for AI (crouching, sprinting, walking, jumping, etc) for stealth based games
-Reload detection for AI (the player will emit a sound that the AI can actually pick up on when they reload)
-Flanking, better movement patterns, and dynamic timers to keep the AI from all looking like they are doing the same exact thing all at once
-Dynamic re-behavior timers and random actions
-Headshot damage setting - no longer do headshots instantly kill, instead they do +50 extra damage
-Improved melee system (for both melee only enemies and human enemies with guns)
-Constant aggression system to keep the AI reacting in combat (basically, if you're within a certain range of them, they'll continuously hunt you down so that they won't just lose sight of you and then stop reacting like nothing ever happened)
-Several various bug/glitch fixes
-More that I can't think of

If you want to sample the script before purchasing, I may or may not be willing to do that. Ask me via email at [email protected] and I'll let you know one way or the other. It really depends on the circumstances.

This purchase will give you unlimited access to use the script in any sort of project - commercial or just personal use. It comes with 2 scripts, the module_combatcore (main) script and module_combatshoot (to update human - gun using enemies)

IN ORDER FOR THIS TO WORK PROPERLY:
-Make sure the headshot sound, the melee hit sounds, the melee miss sound, the bullet crack sounds, the bullet hit sounds, are always placed in the filepath "audiobank\corrosion\headshot.wav"
-(If you plan to export your game as a standalone) Make sure that you place a few sound zones somewhere on any map included in the standalone and assign the sound effect to be the headshot sound and the others listed above (so that it exports properly)
-(You should create backups of the standard (stock) module_combatcore and module_combatshoot)
-Copy the files module_combatcore, module_combatmelee, and module_combatshoot from "scriptbank\corrosion\" and place them in "scriptbank\ai\"

Your AI will now be much improved.

You can always change certain aspects back to the original if you don't like something like for example: the headshot damage change. You can do anything you want with the script BUT MAY NOT RESELL IT. YOU CAN USE IT IN COMMERCIAL PRODUCTS THOUGH. JUST DO NOT RESELL THE SCRIPT ITSELF.

NOTE: Make sure you set your entities up correctly if you want the AI to be able to go inside of buildings and to get around them properly. collisionmode 1 and forcesimpleobstacle 3 work best in most cases as this lets the AI "see" the full object instead of just a box.

RedLazer
This user owns this product
I forgot to add a comment. LOL Corrosion, I thank you for these scripts. I didn't think I would be able to use any of the stock characters.

RedLazer
This user owns this product

Corrosion Artist
There, now a good demonstration video is added with the latest GG version and my ai working at the same time. The couple of bugs have been fixed and it's really looking swell! :-)

Corrosion Artist
I'll go ahead and make my own video to be sure that the necessary info is being passed along. In the past I simply didn't have time, but my plate is pretty free today.

IvanErtlov
This user owns this product
Yeah, it does for sure. I have yet to see anyone confirming it actually does what it claims to do. So hard to believe the "lots of others would disagree" part here.

Don`t get me wrong - it as an AI system, and it works as such. Hence the two stars. But in no way does it appear better or smarter than current stock AI.

Corrosion Artist
Yeah, well lots of others would disagree. :-)

IvanErtlov
This user owns this product

IvanErtlov
This user owns this product
Purchased the pack and tested both in standard situations against basic setups, and a more sophisticated level.
To be honest, it is far inferior in all tests even against the stock AI.

Corrosion Artist
Back when you bought the script, there was an issue from a recent gg update. That issue as well as all other reported problems have been FIXED so that the scripts work 100% and will continue to going forward. Your behavior has been concerning. Stop continuously coming back to start trouble. And yes, it is personal because you made it that way by your actions and you were warned by moderators for it. Your rating is meaningless to me. Please leave me alone and stop harassing me.

Corrosion Artist
Hey madviking. I really don't care about your opinion anymore, respectfully. You keep coming back every few months and it's been nearly a whole year. Please stop bothering me. Do not buy my products. You other comments have been deleted by store staff for repeatedly violating community guidelines and at this point you need to move on. You've already been warned, so just drop the bone. 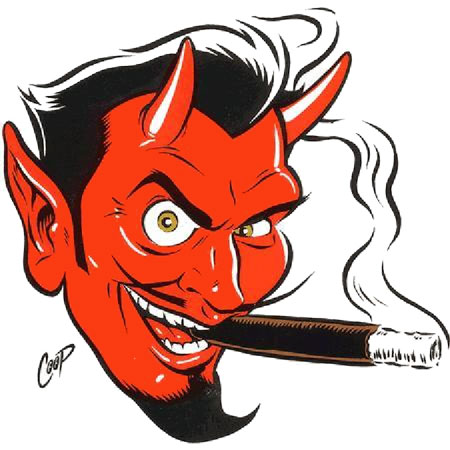 Mad Viking
This user owns this product
I respectfully give this script a C- . In regards to the overall transaction, I would rate it an F. (Nothing personal, just an honest opinion.)

Corrosion Artist
Also, what exactly were you expecting it to do? It does literally everything I listed and 10 minutes or testing will show you that. Have you even bothered to try it since I updated it with some new stuff and patches to fix a couple of minor bugs? Probably not.

Corrosion Artist
@pixelf, that issue was fixed by the way!

Corrosion Artist
Updated to fix the stutter with the animation when the ai is idle.

Cylo
This user owns this product
Thanks for quickly fixing it!

Cylo
This user owns this product
Prompt communication.
It was already fine for human entities, but it had this issue with zombies.
Thanks for quickly fixind it!

Corrosion Artist
You should be all set now. I updated it accordingly for everyone to have access to.

Cylo
This user owns this product
Nothing. It's just as the video I sent you in pvt.

Corrosion Artist
Have you done anything to the script to modify it?

Cylo
This user owns this product
Or other strange behaviors I'm testing now.
For example, zombies come close to the player, but can NOT HURT him in any way, and sometimes don't even play the attack animation, but if they do, nothing happens.

Cylo
This user owns this product
Man, I have to tell you something.
This is a good script, but it totally messes up ZOMBIES.

When you kill them (except for headshot) they don't fall, but remain stuck as statues.
How to fix it?

Corrosion Artist
You'd be the first. Everyone else has only had good things to say so far. You should have made a backup like was recommended. Sorry to disappoint you.

Mad Viking
This user owns this product
I had to uninstall. If there was a video showing this AI in use I most likely would not have bought it.

Corrosion Artist
That's because I randomized their behaviors. Sometimes they will shoot from afar and sometimes they'll charge. I haven't had this issue you speak of or anyone else so it may be an issue with the character animations being imported. Perhaps the latest update to gg changed something too. But ty.

PixelF
This user owns this product
This definitely is an improvement over the stock AI scripts, but there are some issues. When patrolling or idle, there is a bug where the AI will constantly switch between the idle animation and aim animation. Most of the time, the AI will run up to you and shoot rather than shoot from a distance. Not a huge issue but I wasn't a fan of it. AI is still really dumb and clunky but it's a lot better than the stock AI. Definitely worth the price if you want better AI.